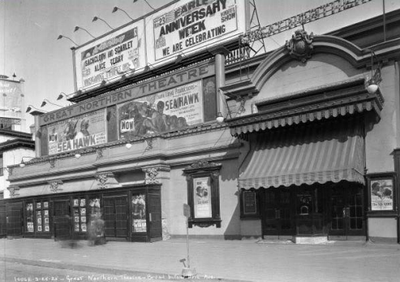 Tioga was home to various ethnic groups during the 1900s, including Irish, Polish and Jewish residents. Around 1960, larger numbers of African-Americans began to move into the neighborhood and today they comprise more than 90% of the population. Also during the 1960s, nearby manufacturing companies such as Budd Company and Midvale Steel started to reduce their workforce as industrial activity began a steep decline throughout the city. Tioga fell victim to urban decay and disinvestment, along with many other innercity neighborhoods. The Tioga, Nicetown, and Westmoreland train stations were closed, trolleys were replaced by buses on Erie and Germantown Avenues, manufacturers disappeared and neighborhood population declined by an estimated 40% from 1950 through the 2000 Census.

Today, Tioga’s community leaders are striving to keep the neighborhood stable so that revitalization can take hold in a neighborhood that boasts unparalleled transportation access within the region.

Tioga United started in 1996 as Unity Day Tioga with dedicated volunteers, who some are still with us, hosting an annual community festival and after many years of enjoyment neighbors began asking if we could help with issues plaguing our community such as vacant lots, abandoned houses and cars, lack of recreation and more. So, in 2001 the volunteers incorporated our organization to be birthed as Tioga United. Under this we have...

Celebrated over 20 years of community service
Hosted many community meetings
Rebuilt the Jerome Brown Playground with KaBoom and The Home Depot
Clean and green over 200 vacant lots per year
Rehabbed 4 abandoned houses and sold to first time home buyers who became valuable community residents
Meet and oversee a fair zoning process as a RCO
Opened a community office that is available to the community for meetings, faxing, copying and job search.
Hired youth to participate in a clean up project in the community during the summer
Host a senior citizens prom that has grown from 75 to 800 senior citizens
And the list continues to grow